Designer, glass artist, and painter Zdena Strobachová (1932–2005) fits in several categories at once: a marriage of two distinctive artistic personalities, a woman artist, and the wife of a famous man. She began as a successful glass artist who participated in the legendary Czechoslovak exhibition at Expo 58 in Brussels, where she won the Gold Medal. After her marriage to Václav Cígler and the birth of her children, she gave up making her own art for 25 years in order to manage her successful architect and glassmaker husband's affairs and look after the family. Occasionally, she would create models for exhibitions of Cígler's jewelry. The turning point came in 1985, when the pent-up energy was released in a need to paint. She moved to the countryside and produced a geyser of works. There followed twenty years of solitude during which she reckoned with life and art with all her passion. Her potential as a painter, which her professor at school, Josef Kaplický, had already noticed in her glass works, was now fully developed and fulfilled. Man, animal, plant, her entire world from the garden, from the countryside around Blatná, and the world of the magic waves of the television screen – her only company during the long rural evenings – are like a mirror of her soul, expressed in grand paintings. It is a forceful painting, a painting of incredible colorfulness and the beauty, joy, and pain of life.

The exhibition at the White Unicorn Gallery is a rare opportunity to see the full breadth of the still relatively unknown work of a world-class artist who, in her life, was more interested in painting than exhibiting. 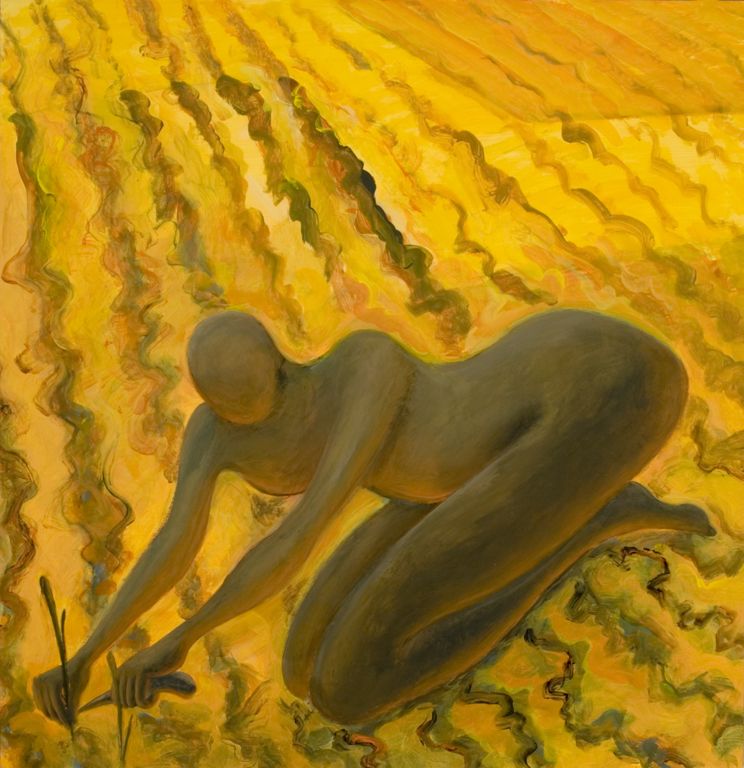 galerieklatovy.klenova
Thank you for your support!

Information about castle or Chateau